The brain prefrontal cortex is responsible for decision making. Understandably it is only fully developed after the age of 25. This is why teenagers engage in so many poorly thought situations. They really don’t understand the consequences. But after we develop our brains choosing the wrong path becomes something different. 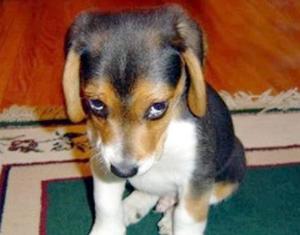 Studies show that people tend to “do the wrong thing” when the consequence is not severe enough.

I’ve talked to a number of inmates for my 2nd Chance documentary project and I learned that for some prison is normal. I heard once: “Almost all my family went to prison, so prison is not that bad”. I work with a nonprofit that helps at-risk kids (kids that do poorly in school) and 99% of the time the kid does bad in school because the parents did bad in school or don’t value education, so bad grades are not a severe consequence. It is also easy to see that people become a lot more aggressive when they are behind a computer. People that normally would not be mean and rude feel comfortable doing so when they believe that there won’t be consequences for their venting. This is also why people lie. They don’t want to face the consequences of the truth, and so on.

I remember my mom telling me that as a toddler I was fascinated with power outlets. I always wanted to stick something in the openings. I don’t remember if I got spanked or yelled at, but whatever she did was not enough to deter me from that dying desire to stick a bobby pin in the power outlet, until the day I did. By the grace of God somehow I managed to short circuit the outlet and I was not harmed. But a loud explosion, a blinding flash and a house blackout came immediately after my “experiment”. That was enough. I NEVER stuck anything into an outlet ever again.

You see that when the consequence is severe enough there is virtually no bad behaviour. I have not heard of any person who was aggressive towards a grizzly bear or intentionally stepped on a rattlesnake tail. Have you? If there was, they are dead now.

“For he who does wrong will receive the consequences of the wrong which he has done, and that without partiality.” Colossians 3:25

Now, If you believe in Heaven and hell Are your stakes high enough (on both ends) to guide your actions?

Are you considering the consequences of your actions in terms of eternity? If you died today, where do you think you will end up? I’m not trying to use scary tactics here as some priests love to do. I know God is love and I know God wants you in Heaven by His side, but you need to make up your mind because ultimately YOU are the one who chooses where you will end up.

And sorry to break this up to you, but death is a one way ticket. There is no free trial offer. Once you die, you will be dead for good. You can’t ask for a 2nd chance. But you can change your behaviour now. Please read Romans 12:2

I would love to hear from you. How do you fight temptations? How do you raise your stakes?

We Office from Dallas TX
We Travel Where You Are