So what this has to do with a Christian Blog?  The outcome of our action outweighs the risks, if we think like this, we sin. A little white lie will avoid me having to work harder or having to face an uncomfortable situation.

“There are six things that the Lord hates, seven that are an abomination to him: haughty eyes, a lying tongue, and hands that shed innocent blood, a heart that devises wicked plans, feet that make haste to run to evil, a false witness who breathes out lies, and one who sows discord among brothers”. Proverbs 6:16-19

If you look at this verse closely you will notice that 7 of the things God hates have to do with lies. So yes sins are mistakes and we sin for the same reason we make mistakes. And yes, making mistakes is human, and yes, if you don’t fail enough you will never succeed, etc. And this is correct, mistakes are the best way for us to learn how to avoid making new ones. And God knows we will sin as we will make mistakes, this is why He sent His son to forgive our sins. But that does not mean we should keep making mistakes over and over again. If you constantly make mistakes you will fail so miserably that you may not ever recover. Yes we will sin, yes we will make mistakes but we should LEARN from it and stop it.

Here is why sin is a big problem. Just like drugs, we believe that the outcome of our actions will outweigh the risk. An addict firmly believes that whatever he or she is doing is more valuable than prison or death. Yes, they have impaired judgement because of the drugs. But the parallel I’m making is, unless you are demon possessed, no one willfully sins. We sin because we have an impaired judgement.

“If we deliberately keep on sinning after we have received the knowledge of the truth, no sacrifice for sins is left” Hebrews 10:26

And the water is tricky. There are underwater currents that pull you deeper and deeper into the sea. I remember once I was swimming and I was about 20 ft away from the beach. I felt a current taking me further away and I decided to swim to the beach. I swum for 20 minutes and I did not move one foot closer to the beach. I began to panic and decided to swim harder to no avail. I got tired to the point I could not stay afloat any longer. I was going to drown. Just like that. I was going to go so deep into the waters that there would be no point of return. This is a true story, by the way. Ask me how I was saved, it was a little miracle.

And this is how sin works. We think we can control it, we think we are just 20 ft away from the beach but when we get comfortable with sin is exactly when the current pulls us further down to a point of no return.

Mike Tirone from Operation care opened my eyes to the fact that we cannot free ourselves from sin. We need to acknowledge that we don’t have control over it. We need to surrender our sin to God so He can break this chain. We can’t do it alone!

Just like an addict needs to acknowledge that he or she does NOT have control over the drug and he or she needs help, so do we with sin. 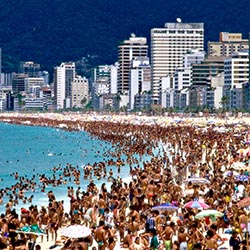 I also remember “losing” two nephews at the beach. They were 3 and 5 years old. Me and my sister were watching them less than 5 ft away playing in the shallow water and in a split second they were gone. We felt the worst feeling ever. We don’t know what happened to them, we can’t see them. I imagine God feels like this when we are deep into sin. Thank God we found them a few minutes later. They looked back, could not see us (don’t know why) and decided to go look for us up the beach which had THOUSANDS of people. No, no exaggeration.

This is why Luke 15:1-7 God tells us that He would leave the 99 sheep behind to go after the one lost. That is how much He cares about finding us.

Don’t play with sin. Don’t try to learn from it. Is dangerous, murky and tricky.

One Reply to “Why we Keep Making Mistakes”

We Office from Dallas TX

We Travel Where You Are