My apologies on this first paragraph. I’m going to be short and to the point because I can only imagine how busy you are. I have more below, should you be interested.

I reach to you because God put a burning desire in my heart to make Christian Movies and I could not think of anyone more successful in this genre as you are.

If that is too much to ask I only need 2 things:

1 – Guidelines for a marketing strategy, or a referral to a consultant
2 – A Christian Values Based distributor that is open to a “no name” like me

I’m an established video producer in Dallas TX. I opened my own training company in 2007 and I have been doing corporate videos and documentaries full time since 2012, my true calling and passion since I was 5 years old.

I pray you can spare some time to enlighten me on this subject.

You can find samples of my work all over this page (click on the hyperlinks). My email is andy@andycostafilms.com my cell is 214-415-9612

If you want to know more about how I got here in Dallas TX coming from Brasil (where I am originally), please keep reading.

And if you want to know my Producer’s Heather Anderson Story, Click on this link. 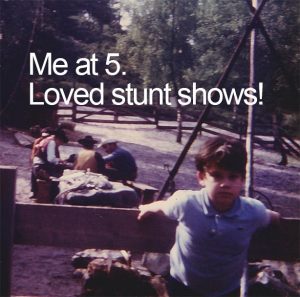 I was 8 years old and I had this burning desire to be on TV. I still remember the first day I got bitten by the big screen bug. I was five years old sometime in 1968, mom took me to see The Jungle Book. Something struck me from that movie and from that day on I had my mind set to be IN the movies.

I managed to be in a few Soap 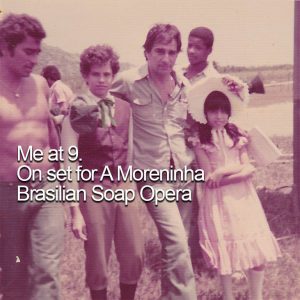 Operas in Brasil, where I’m originally from. I did a few auditions for features but mom never actually allowed me to participate in any. She felt I was too young and the environment was not appropriate for a child. I guess she could have been right, I knew nothing about film production, just the finished product. Perhaps it was God’s plan.

Even though she did not allowed me to be IN the movies she gave me a super 8 camera and told me to go make my own movies. So I did. At 12 I began playing with the camera. At 15 I was editing, literally cutting and gluing celluloid together.

Obviously without proper training there is literally nothing I’m proud of from that time. 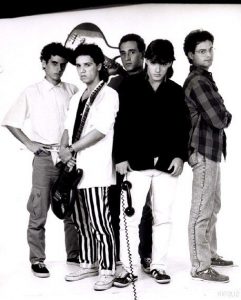 Then I joined a rock band at 20, was convinced to finish Electronics Engineering College and was shocked to see that people would pay me sizable sums of money to fix their computers. And even more money to program them. So I was lured by money for the next 20+ years. I guess also God’s plan. 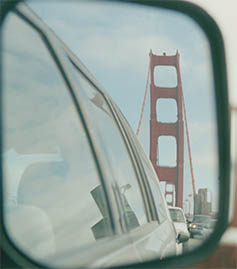 My craft brought me to the United States in 1999. My determination to stay here allowed me to overlook a $46k a year salary to work in the San Francisco Bay Area. It almost drove my wife into depression. 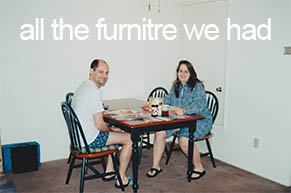 But that 3 hour commute each way opened the doors to Automobile University and a new world began to emerge. 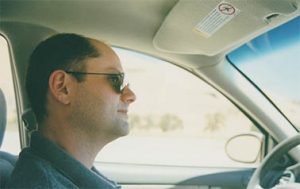 I was hypnotized by the voices in my head. Good ones! Zig Ziglar, Steven Covey, Tony Robbins, Jim Collins and many, many more. Those voices shaped my future and in just 3 years I was making 6 figures, had a beautiful home on Frisco TX and everything else money could buy. Certainly God’s Plan because at the age of 45 I had everything most people would die for; a strong marriage, wonderful and healthy kids, almost everything we needed and a lot we did not, but I was not happy. I now realize I was then ready for my true calling. 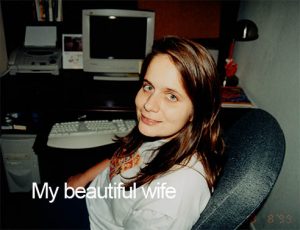 So I decided to pursue my childish dreams: Work IN the movies!
I joined Toastmasters to learn how to tell stories (won 7 awards all the way up to conference), went back to school to learn how to make films. Had a wonderful professor, Mark Kaufmann, who taught me 2 semesters with the best learning I had ever had. But it was not enough! I begged Mark to mentor me where he kindly agree to do it for free!! And he asked me what I wanted to do. I said Documentaries. So he mentor me through the process of making Lap Ngo World Painter who ended earning a Lone Star Emmy, NAOTOA 1st place, and a few other awards. I then realized that this was my true calling.

I jumped into a huge project making Zig Ziglar Documentary (now that I was working with the Ziglar Corporation for a few years) and among all my other video clients I produced Zig: You Were Born To Win, which is a fantastic movie about Mr. Ziglar’s Success Philosophy, told by the words of influential people who applied the principles to become successful. Dave Ramsey, Seth Godin, Bob Beaudine, Pastor Graham, Coach Lou Holtz and many more. A great film that became a complete sales flop.

I could not understand how could a life changing movie not sell?! Who would not want to see this movie!? Perhaps God’s plan.

Then I prayed to the Lord asking why wouldn’t this movie sell? I have several Multi-Millionaires behind it. And while I understand now that Marketing is 10 times more important than the movie itself, I also realized that God had a different plan for me and he does not want me to be distracted. 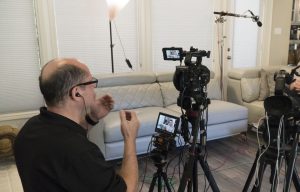 I went on to produce Walker a short documentary about a 14 year old who became Quadriplegic while playing High School Varsity Football. And Trenell Walker say that God allowed that to happen so he could focus on his purpose. To inspire others into achieving their purpose.
Then God told me what he wants me to do. Real life Christian stories. Gruesome, painful, gut wrenching stories that have a redemption ending. In layman terms “R-rated Christian Movies”.

And I have plenty of true stories to tell. Every quarter Ziglar conducts a Ziglar Legacy Certification class where 10 to 20 people become certified to teach Mr. Ziglar classes. And they give their graduation speech. In every class there is at least 2 OMG!!!!! stories. Julie Ziglar Norman is an R-Rated Christian happy ending story and so many more! People that were involved with drugs, murder, prison, you name it. And today are all passionate Christians that pour out the love of Jesus into many lives.

I have stories to tell. I even have investors. All those years working with the elite training corporations in the US allowed me to connect with a number of wealthy and Christian individuals that provided I have a solid production and marketing plan for a movie, I don’t think would shy from investing.

But this is where I’m missing the most important part. Marketing and Distribution. I know how to make movies, I have access to investors, but I have ABSOLUTELY no clue how to sell and turn into a profit.

I know a bunch of “distributors” that will sell your underwear and laugh about it. I’m humbling asking you to mentor me over the distribution process of a Christian film.

And I’ll do whatever it takes. You name it. I’ll clean your home … well I live in Frisco TX, but I’ll work for free, I’ll come meet you, I’ll give you production credits, commission, whatever!! I’m prepare to do whatever fits your schedule and gains your trust.

If I wrote my whole story here it would take several pages, but I’m positive that if you pray about this, God will give you a clear answer.

I’m praying that God will speak to your heart so you can spare a few minutes and guide me though the right steps in successfully marketing and distributing a Christian Movie.

Excited for this next chapter in life,

And if you want to know my Producer’s Heather Anderson Story, Click on this link.